It’s been a long time coming, but Smokey looks good with the addition of her three-inch Teraflex lift. Admittedly, the difference is less dramatic since I was removing a 1.5-inch leveling kit and taller-than-original springs and already have beefy front and rear steel bumpers, but there’s clearly room now to fit some 35s by early next year.

Here’s how the ride-height results break down by corner after letting the springs settle in over a couple of hundred miles: 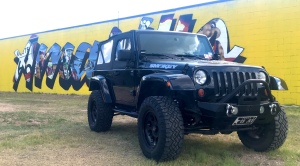 A Jeep Wrangler, especially the soft-top varieties, isn’t exactly the most secure of locations. And, those of us who drive Jeeps often have a love of things we don’t like to leave lying around in easy reach. So, how do you protect sensitive items like, say, your favorite banana (fresh fruit, ahem, is a serious thing), from theft?

Bestop is one of a few companies that offer Jeep owners a solution. The company’s under-seat lock box is available for either driver’s or passenger’s front seats, and consists of a locking 16-gauge lined steel drawer. 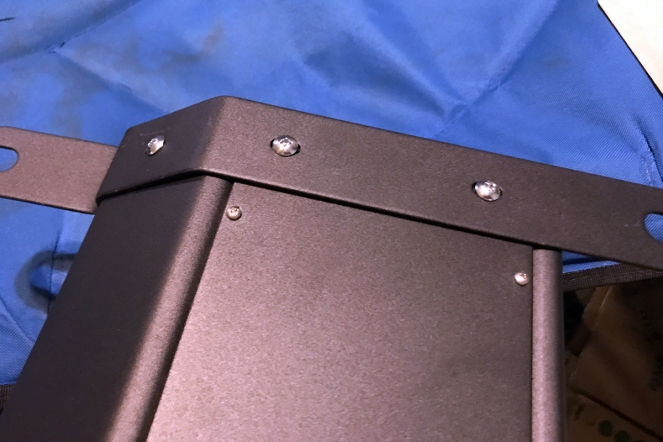 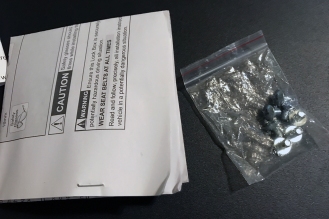 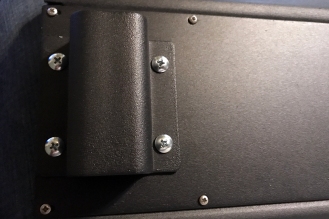 Using a Phillips screwdriver and the seven included screws, secure the forward mounting bracket and rear riser plate to the lock box. 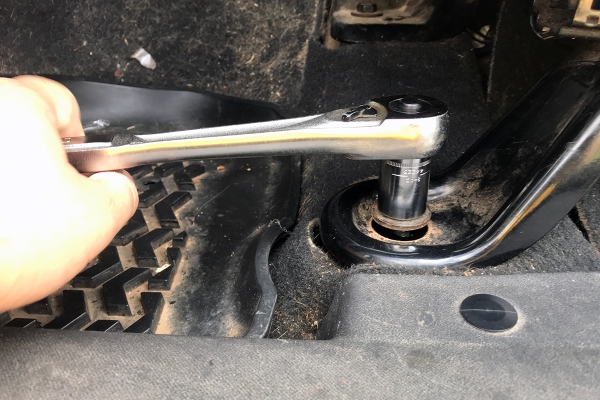 Using an 18 mm ratchet, remove the two front bolts connecting the seat riser to the floor. You may need a breaker bar to get these broken loose.

With the bolts removed, you may wish to clean the risers and carpet. (This project showed me I don’t clean the inside of my Jeep nearly as often as I should!)

Step 3: Slide the lock box under the driver’s seat 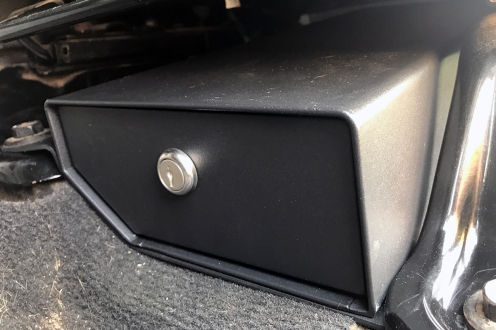 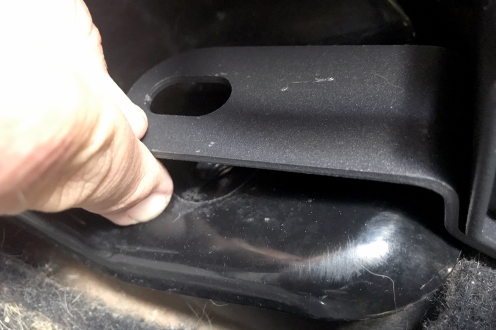 Slide the lock box rearward from the front of the driver’s seat underneath the seat. (Jeeps from 2011 to 2018 may have to relocate a wiring harness using the included zip ties before completing this step.) Make sure the left (toward the driver’s door) mounting bracket goes underneath the seat riser, and the right one over it. I’ve seen some installations where both mounting brackets went under the seat riser, and that had been my intent as well. Unfortunately, the bracket didn’t properly fit, leaving me no way to get the bracket under the riser, even with the lock box slid as far to the left as it would go. Indeed, to complete the install at all, I’d have had to either stack multiple washers to fill the half-inch gap (right image, above) or crank down on the bolt, bending the bracket into compliance. I chose the latter. 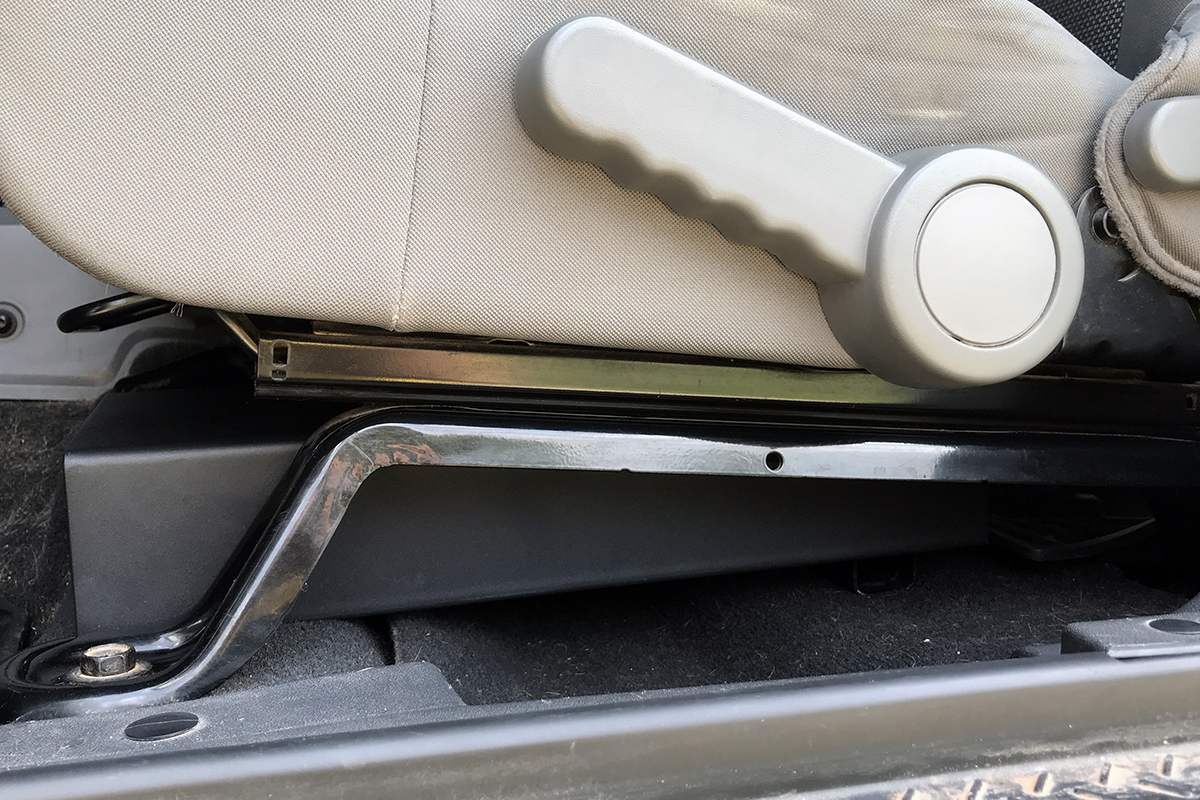 Reinstall the seat-riser bolts and torque them to a final spec of 55 foot-pounds. That’s it, the installation is complete!

I like the quality of this drawer. While I would have preferred a tighter fit between the latch plate and the lock’s striker, a couple of wraps of electrical tape eliminated the rattle that presents itself on launch and braking. The poorly formed bracket is a bit annoying, as a simple change in the bend would completely eliminate this problem. I was concerned I’d be able to tell a difference in the seat height from side to side, but that isn’t the case. I can definitely detect the subtle shift up in the forward edge of the seat. It’s nothing the Jeep’s seat incline lever can’t resolve. Overall, I like the extra measure of security this box provides!

Free, thanks to an Extreme Terrain contest ($78.99 value)

All but one of my packages arrived today. And, aside from one item containing an I’m-returning-this email from a previous purchaser, everything seems to be in order. Watch for product installs, to follow soon!

Like the headline says, every Jeep owner — or other automotive enthusiast, for that matter — has made at least one (and often more) modification he or she regrets. Maybe it’s a decision that seemed great at the time, but just hasn’t worn well with the passage of time.

For me, that mod is one that, thankfully, I didn’t have to pay to install.

I won my Nighthawk Light Brow in a social media contest. As Angry Bird grilles go, I’ll take the Nighthawk’s style over anything else out there. Having said that, though, I was at best divided about this style. When I won the bauble, my intent was to sell it to fund other modifications. When it arrived, though, I began having second thoughts and, unable to decide what I wanted to do, I did what many of us have done — I asked folks online. So, swayed by the excited reaction of my friends, I completed the simple five-minute install.

In all candor, I can’t honestly say I utterly hate the appearance today. But, I’m just in a place where I prefer Smokey’s factory face. So, had I to do it over again, I’d take a pass on the Light Brow. It’s a quality product, but one that no longer fits my style. In truth, I’d like to find someone’s Mineral Grey takeoff grille from an Oscar Mike or other special edition to give Smokey a contrasting grille.

So, there’s my mod confession. Now, what’s yours? Leave a comment below and let me know what modification you wish you had to do over. Is it something simple like my grille, or an expensive re-gear that didn’t work as planned? Let’s hear it!